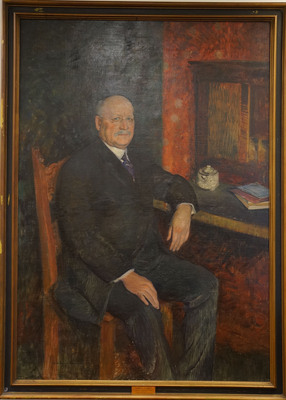 Lawrence's seventh president, like his predecessors, was a Methodist minister. He was also a Lawrence alumnus, class of 1880. Born in 1859 in New York, he grew up in Emerald Green, Wisconsin. After Lawrence, he received his Bachelor of Sacred Theology and the Ph.D. from the Theological School of Boston University.

Plantz was president of Lawrence from 1894 to his death in 1924. During his tenure, the number of students increased tenfold and seven new buildings were built, including the Chapel, the Carnegie Library, and the Conservatory of Music. Plantz Hall, a student residence, is named for him.

In addition to her painting, Greenman was a columnist and author. She wrote a regular art column, "Frances Greenman Says," for the Minneapolis Tribune and her autobiography, Higher than the Sky, was published in 1954.